InstaMag
Fashion designer Amritha Ram, who is busy working on Dhanush-starrer upcoming Tamil gangster drama "Vada Chennai", says the costumes of the actors in the film will play a pivotal role in indicating the passage of time. 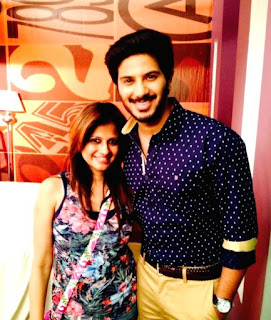 Being directed by Vetrimaaran, "Vada Chennai" will reportedly follow underworld politics of north Chennai from 1977 to 2007.

"The story traverses through different periods through the course of the film. When Vetrimaaran briefed me, he said, 'Amritha, if I watch the film with a friend from college, he should be able to relate to what we wore to college back then'," Amritha, who studied fashion and design at Fashion Institute of Technology (FIT) in New York, told.

"He didn't want fashion in the film to be inspired from films during that era; instead he wanted it to be based on what people wore during that period. In this film, clothes indicate the passage of time as far as the story is concerned," she added.
Amritha started working on the project six months before it was launched. The film went on the floors last month.

"This is a film that tells a story through fashion. If you do a film in the British era, you have references in archives. Here, there are no archives. We used newspaper cuttings and magazines from different eras to understand the fashion culture, and we created a costume bible and handed over to Vetrimaaran six months ago," she said.

Although she describes "Vada Chennai" as a very challenging project, Amritha says working on it so far has been very rewarding.

"This film takes you back to a certain period, to a certain strata of community and it's going to be very interesting working on it," she added.

Asked how fashion has changed in southern filmdom since she started working, she said it has evolved with time.

"Fashion in southern film industry has become more accessible with brands like Max and Reliance bringing you the same things that are offered by other well-known brands (at a much lesser price). The fact that we have moved on from single brand to multiple brands is a good sign.

"I have introduced my celebrity clients to a very popular American brand Brooks Brothers, which was rarely used in the south a few years ago," she said.

"One of Rajinikanth sir's suits in 'Kabali' was from Brooks Brothers. His look from the film has definitely set a trend and it has also popularised the brand," she said, adding that a brand is more than just its widely recognised name.

"What a brand generates in terms of fabric, cut and fit is more important that just its name," she explained.

Although she has worked with directors who have strong fashion acumen, she does face some challenges.

"Sometimes my directors tell me that the look in the film shouldn't cut away from the youth of Chennai. You can't have fashion sense that audience can't relate to. Hence, the limited scope to experiment and it also depends on a character," she said.

Amritha, who likes to call herself a director's designer, is the personal stylist of Indian cricketer R. Ashwin, and she also works with composer-singer Devi Sri Prasad and actor Dulquer Salmaan.

Visit our yet another website on Food recipe and health tips (largest collection of Indian and International recipe) - Imperial Inn!
Entertainment , Fashion & Lifestyle