'Gautamiputra...' will be challenging and interesting: Chirantan Bhatt

InstaMag
Music composer #ChirantanBhatt has reunited with National award-winning filmmaker #KrishJagarlamudi on highly anticipated upcoming Telugu film "Gautamiputra Satakarni". He says it will be a challenging as well as interesting project to work on. 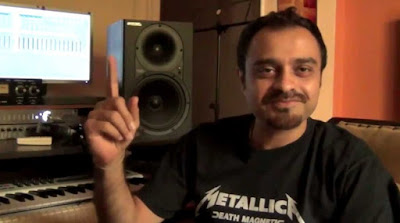 "We are currently ideating on the tunes. I'm quite excited about reuniting with Krish after'Kanche', and it's going to be fun because he's the kind of director who knows what he exactly wants. He has good music knowledge and that'll make my job easier," Chirantan told.

Explaining why working on this project will be challenging as well as interesting, he said: "Just like 'Kanche', this is going to be another period film. This means I won't have the freedom to use any instrument I like and I have to rely mostly on melodies. With not much scope to experiment, and I'm not complaining, I still have to deliver good music and that's what makes this project challenging and interesting at the same time."
Starring Nandamuri Balakrishna in the titular role: "Gautamiputra Satakarni" happens to be the actor's 100th film.

Chirantan admits he can already feel the pressure, but he's not going to let it bother him.

"Even when I worked on aKanche', I didn't tell myself I should deliver a chartbuster soundtrack. I enjoyed working on the album and I never expected aItu Itu' song to become so popular. I'm going to follow the same approach on this project too," he said.

The film, which is about the unsung ruler from the Satavahana dynasty, also stars Shriya Saran, Hema Malini and Kabir Bedi.