New season of 'India's Megakitchens' to air from Independence Day

From a #Gurudwara that serves nearly 100,000 people during Hola Mohalla to a travelling kitchen serving 10,000 meals every day -- the new season of TV show #IndiasMegakitchens will explore the scale, volume, process and technology that goes behind some of the most iconic kitchens in the country. 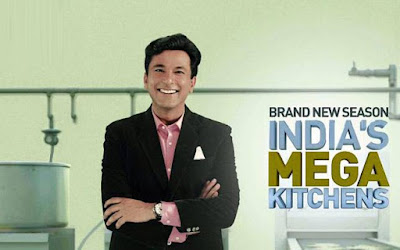 The show, to go on air on Nat Geo from August 15, will explore the kitchens of Hola Mohalla, Iskcon Yatra, Annapurna and Kalinga Institute.

It will not only showcase the preparation of food and delve into the history and cultural aspects within that environment but will also celebrate the hard work, dedication and unending resolve of the people who operate these massive kitchens of India, read a statement.

To highlight the scale and emotions, Michelin Star Chef Vikas Khanna will be the face of the promotion for the series.
Khanna said: "This is an amazing show that not only focuses on cooking but delves deeper into the history and the people behind each of these kitchens. The scale of the kitchens is truly impressive, but I have been most moved by the love, dedication and superhuman efforts of the people in the background who are the real force behind the kitchens.

"I hope this show resonates with everyone in the same way it does with me."

The first season of the show premiered last year and emerged as the top-rated show of the infotainment genre.

Commenting on the season, Swati Mohan, Business Head - India, FOX Networks Group, said: "After the tremendous viewer response that 'India's Megakitchens' received last year, we just had to come back with another season.

"Like any ‘mega' series from Nat Geo, this series does an in-depth analysis of the incredible science, technology and scale that defines the kitchens. Add to that the people and the emotions attached, and we get truly outstanding content."