Not similar to my 'Happy Bhag Jayegi' character: Diana

InstaMag
Actress #DianaPenty says she is completely different from her character in her forthcoming film #HappyBhagJayegi. 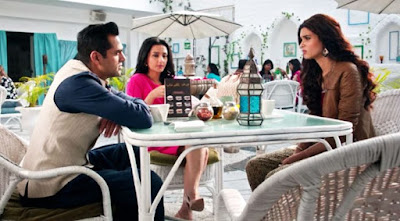 "Happy (her character's name) is not very close to what I am in real life. She is loud, wears her heart on her sleeves, very feisty. So in that respect, I am not like that," Diana said.

She added: "However, there are some similarities as Happy is stubborn, independent and brave so I have these things. So the character is mixed of both."

Diana, who was not seen on the big screen after her debut film "Cocktail" (2012), will be seen as Happy, who is running from her marriage.
Asked how she prepared for the role, Diana said: "I didn't have to practice at all. I used to run a lot in school. However, it has been a long time. I did up and down exercise one day."

The model-turned-actress went on to say that she had to work on her Punjabi diction and accent to get into the character.

"I did spend a few months for preparing myself for the role. As I said, the character is different from me, so one of my friends helped me out. She helped me with the Punjabi diction, accent and fluency. So it took a good effort," she said.

She will be back on the silver screen after 2012. And the actress says she is "excited about my second release but I didn't have much time to think about it".