Anna Hazare to appear on 'The Kapil Sharma Show' 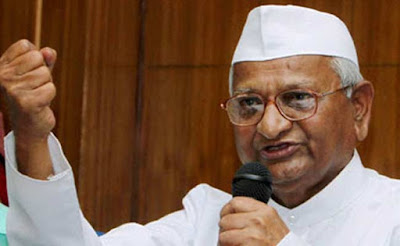 "Anna Hazare will be shooting for the show on late Friday. This will be the first time he will be a part of any television show. He is coming to promote his biopic. It surely is going to be one interesting episode," said a source close to the Sony Entertainment Television show.

"Anna: Kisan Baburao Hazare" is a 130 minute long Hindi feature film and has been shot for over a year at locales in Hazare's native village Ralegan-Siddhi in Ahmednagar (Maharashtra), Mumbai, New Delhi, Jammu & Kashmir, Ladakh and Rajasthan.
The film is produced by Rise Pictures Private Limited and directed by Shashank Udapurkar, the maiden directorial venture of the well known Marathi actor, who also plays the lead role of Anna Hazare, and has penned the dialogues and screenplay.

Apart from him, the film also features Tanisha Mukherjee as a young journalist who records Hazare's social-political travails in the biopic injected with three Hindi songs.