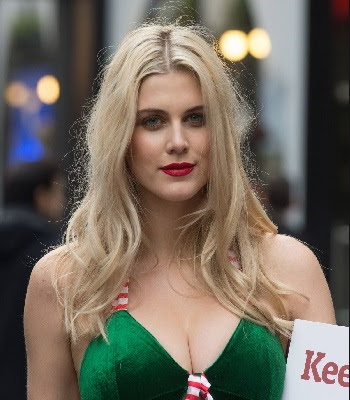 The former "Made In Chelsea" star hated her bosom when she was younger but has now come to appreciate it, reports dailymail.co.uk.

"When I was 15, me and my mum went for a consultation about a breast reduction just because I hated (my breasts). But at the moment I don't think I would have cosmetic surgery... but I totally understand why people would. Each to their own," James said.

The 29-year-old previously suffered from body dysmorphia, an anxiety disorder that causes a person to have a distorted view of how they look.

"I think there's a lot of judgement and sexualisation around boobs --but it's not like I've bought them-- they're part of my body! I tried to dress a lot frumpier and older than I was to avoid comments from boys and teachers even," she said.
To stay updated, visit InstaMag or connect with us on Facebook, Twitter and Pinterest.