Model Blac Chyna has planned to undergo plastic surgery after she gives birth to a second child. 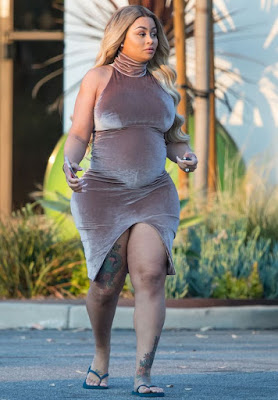 "She's got it all mapped out, from which doctors to use, the parts she wants work on and how many procedures she'll undergo. She's planning loads of laser therapy for her stretch marks, lipo and cool sculpting anywhere it's needed," a source told radaronline.com.

Chyna also wants to get a tummy tuck and vaginal rejuvenation.

"If she ends up having a C-section, there'll be even more operations on the schedule," the source added.

Rob Kardashian, Chyna's partner, is reportedly in shock when being told about the money Chyna needs for the surgery.

"She's told Rob she needs at least $350,000 to do everything she wants. They've been told they should make some serious cash from their new reality show," the source said.

The report comes amidst allegations that Rob is not the real father of Chyna's baby. The couple is reportedly fighting "non-stop" following rumours that the baby's real father is Pilot Jones.