Filmmaker #KaushikGanguly, who has won the National Award for #Bengalifilms like "Chotoder Chobi", "Shabdo" and "Laptop", says the #BRICSfilmfestival is more of a diplomatic fest and acts as a cultural bridge between various countries. 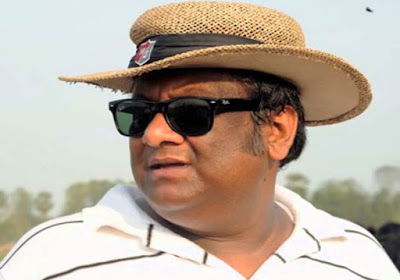 The festival, which is part of the special events planned in the run-up to the 8th BRICS Summit to be held in Goa in October, is taking place at the capital's Siri Fort Auditorium Complex.

The five-day festival started on Friday.

Ganguly's film "Cinemawala", which won the Unesco Fellini award recently, will be screened here on Saturday. It features actors Paran Bandyopadhyay and Parambrata Chatterjee.
"The film has travelled quite a lot and has got very prestigious awards as well. But the invitation from the Prime Minister's office... it's the PM'S initiative to create this BRICS festival and when you are representing your country, it's a real honour. You cannot match this with any other festival," Ganguly told.

"BRICS festival is a very diplomatic festival where they want to create a bond between these countries. This is not for cinema only. This is just a cultural bridge between the countries," he added.

The 48-year-old also believes that festivals that stretch for four to five days, "create an ambience of cinema".

"Here you talk about cinema, discuss it, look at the brochure, which film to see first, which makes it a nice practice," he said.