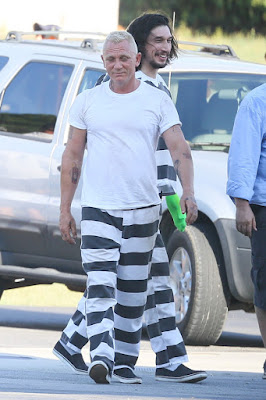 In some photographs from the set, the 48-year-old can be seen shooting scenes opposite #AdamDriver on Sunday, reports dailymail.co.uk.

Craig will be playing a prisoner along with Driver in the upcoming comedy heist. They were seen wearing monochrome and stripped trousers.

The duo were joined by Riley Keough on the set.

The film follows the story of two brothers who attempt to pull off a heist during a NASCAR race in North Carolina.
"Logan Lucky" is slated to release on October 13, 2017.