Internationally acclaimed actress #PriyankaChopra, who has forayed into production, is now collaborating with producer #VashuBhagnani for Punjabi film "Sarvann" and is "excited". 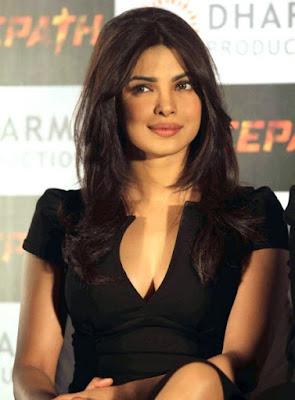 We're honoured and excited to collaborate with Vashuji. We have had such an amazing response to our regional film ventures and now looking forward to our Punjabi debut, which has now been further strengthened by the support and experience of Vashuji. We have a great team that is making a very special film and we can't wait to share it with the world," said the "Quantico" star and founder of Purple Pebble Pictures in a statement.

Produced by Priyanka's mother, Madhu Chopra and Bhagnani, "Sarvann" is the coming-of-age story of a young boy who unknowingly discovers his identity.

"'Sarvann' is a beautiful and heart-touching narrative of a young NRI returning to India to find his roots," said Madhu Chopra.

Bhagnani said: "It's wonderful to collaborate with Priyanka Chopra and Madhu Chopra. I'm glad that after so many years of being in the industry, we now got the opportunity to work together and are making our debut as producers in Punjabi films together. 'Sarvann' is a wonderful heart-warming film and the audience is going to love the script."

"Sarvann" is part of the exciting line-up of regional films announced by PPP earlier this year as part of its vision to create a platform for great stories, irrespective of their genre and language.

While the first schedule of "Sarvann" has been completed in Canada, the second marathon schedule began on September 5 in Chandigarh.