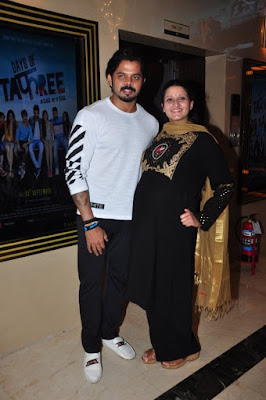 "I am really excited to watch Dhoni's biopic as he is a great captain. Certainly, there is a wonderful story to share. I would love to watch it," he said at the "Days of Tafree" premiere.

"I feel fortunate as I was a part of the 2007 World Cup as well as the 2011 World Cup team. I really want to see what is in the movie and how it has been shown," he added.

About the film's lead actor Sushant Singh Rajput, Sreesanth said: "I did speak to Sushant during a couple of training sessions. He said 'You should watch it. There are a lot of surprises'. I am definitely looking forward to the biopic."

The film is set to hit the screens on September 30.