Fantasy drama TV series "Game of Thrones" on Sunday night triumphed in 12 of the 24 categories, including Outstanding Drama Series, it was nominated at the 68th annual Emmy Primetime Awards ceremony, which saw Bollywood star #PriyankaChopra making a ravishing debut as a presenter. 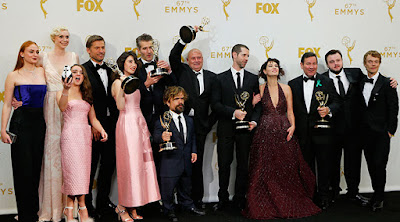 Priyanka, who has found popularity in the US with TV show "Quantico", looked scintillating in a scarlet gown as she took to the red carpet and then the Emmys stage. In her Jason Wu one-shoulder gown that hugged her silhouette, the former Miss World oozed oomph as she blew kisses, pouted, twirled and smiled away at the shutterbugs. She even gestured a 'namaste'.

She shared the stage with actor Tom Hiddleston to give away the Outstanding Directing for a Limited Series, Movie, or Dramatic Special award to "The Night Manager director" Susanne Bier. 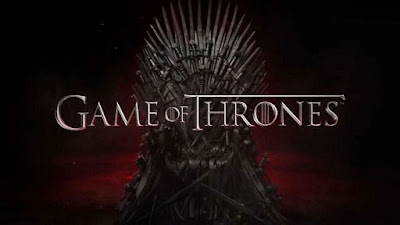 "Veep" won the Outstanding Comedy Series award for the second year in a row, while its star Julia Louis-Dreyfus won Outstanding Lead Comedy Actress for the fifth time.

In her acceptance speech, Louis-Dreyfus said: "Our show started out as political satire but now feels like a sobering documentary." She dedicated her award to her father, who recently died.

The Outstanding Comedy Actor gong went to Jeffrey Tambor, who plays a transgender woman in "Transparent", for the second year in a row. Accepting the award, Tambor encouraged the industry to offer more opportunities to the community.

"I would not be unhappy were I the last cisgender male to play a transgender female on television. We have work to do," he said.

Smith was not there in person to accept the award, so host Jimmy Kimmel joked: "We're not mailing this to her. Maggie, if you want this, it will be in the lost and found."

"Master of None" scored its first Emmy award, winning Outstanding Writing for a Comedy Series. The show's co-writer Alan Yang called for better Asian representation on screen in his acceptance speech.

Elsewhere, "The Voice" took home the award for Outstanding Reality Competition Series, beating "Project Runway" and "Dancing With The Stars".

"Sherlock" was named Best Made for TV Movie for its special episode "The Abominable Bride". Susanne Bier, the Danish director of the spy thriller "The Night Manager", won for Best Directing in a Limited Series.