Actor #ShreyasTalpade, whose film "Wah Taj" is set to release on Friday, hopes that the film will reach out to a lot of people as the message of the movie is strong. 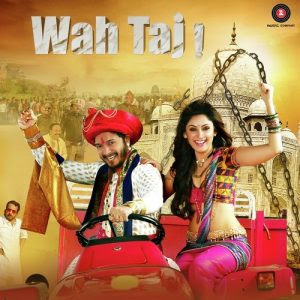 Directed by Ajit Sinha, "Wah Taj" revolves around a Maharashtrian farmer's struggle amidst the corrupt system.

"We are trying to reach out to as many people as we can because it's about this farmer and his wife who go to Agra... Considering that our society is dominated by farmers in a way, we are hoping that it will reach out to more number of people," Shreyas said during his visit to the IANS headquarter here.

"There is a strong message. The film is essentially about farmers from Maharashtra. How the protagonist Tukaram (Shreyas) and his wife Sunanda (essayed by actress Manjari Fadnis) keep fighting for the land. How Tukaram manipulates the system using the mindset of the kind of people we have today in the country, the kind of corruption that we have today. How we use it to our own advantage to reach a goal that he wants to," Shreyas added.
"Wah Taj" has been majorly shot in Agra, especially near the Taj Mahal.