A six-day art residency programme in Jammu’s scenic Patnitop town, featuring 15 artists from around the country, has been helping inspire local children forced into relative isolation by both geography and strife in the region, unleash their creativity and explore their talents. 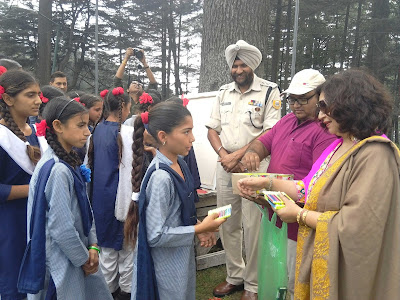 The Indira Gandhi National Centre for the Arts (IGNCA) in partnership with the Master Sansar Chand Baru Memorial Charitable Trust organised the workshop, which concluded today, with the multi-pronged objective of reviving the glorious legacy of Pahari-style of art, imprint the beauty of the region into artworks and introduce children to the medium of art as an expression.

The Trust, which is leading the on-ground activities in Patnitop, was set up in memory of Pandit Sansar Chand Baru, who served as a court painter to Maharaja Hari Singh. Pandit Baru was also the first curator of Jammu’s Dogra Art Museum, a treasure trove of miniatures, and is credited with bridging the Pahari and Modern styles in art.


Its founder-president and Pandit Baru’s daughter, Ms. Anuradha Rishi, said the camp attracted nearly 75 children from local schools who had a chance to see the artists at work and interact with them closely. They were also given art materials to work with and given presentations on the artistic heritage of India. 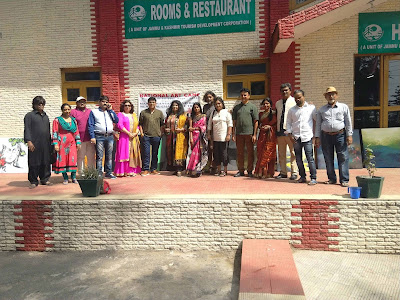 Ms Rishi said the programme was an eye-opener for both the participating artists and the organisers in terms of how much talent lay undiscovered in the rural areas.

“We saw children who have never held a brush in their lives before come up with astonishing works of art,” she said. “It is unfortunate that their isolation should cause them to have such limited world vision, given their potential. Art is a great means to open them up to the world and guide them in the right direction.”

The 15 participating artists at the workshop, who came from cities across India, including Delhi, Lucknow, Bhopal, Mumbai, Vadodara and Chennai, created two artworks each on the theme of “Prakriti” (Nature). These works will be shared between the IGNCA and the Trust, who will showcase them at their exhibitions in India and abroad. 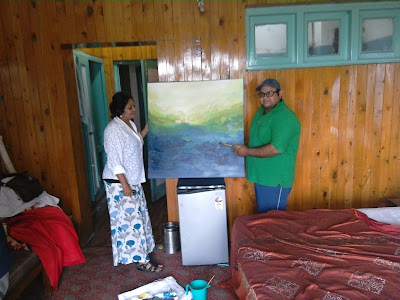 The camp also hosted folk music and dance performances in the evenings, featuring regional instruments such as Rabab, Santoor and Tumbak.

Ms Rishi said the Trust is looking to work with the IGNCA on more such programmes in the future. “Their work with children has been particularly meaningful,” she noted.
“Art has the ability to change human attitudes and thinking, particularly to inspire children. We have had programmes where we have brought together children with disabilities, and those living on the streets and those lucky enough to go to schools, to communicate with and understand each other — an opportunity they would not otherwise get,” she said.

The Trust has been receiving backing from the Ministry of Culture for its initiatives and the workshop at Patnitop was actively supported by the CRPF locally.