Bollywood's perfectionist #AamirKhan has teamed up with Bollywood Parks Dubai for a ride based on his Oscar-nominated film "Lagaan: Once Upon a Time in India". 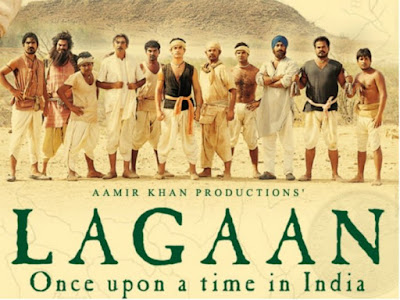 The ride is named Lagaan: Thrill of Victory, and the actor is happy that the film still has a special place among film lovers across the world. The 2001 film was a sports-drama and was produced by Aamir Khan Productions.

"We make films with a lot of heart and emotions and some of them get this strange intangible quality which connects with people and 'Lagaan...' was one such film which connected with people across the world. It travelled on its own, we didn't have to do anything with it," Aamir said in a statement.

The blockbuster film was set in the Victorian period of India's colonial British Raj. The story revolved around a small village whose inhabitants, burdened by high taxes, find themselves in an extraordinary situation as an arrogant officer challenges them to a game of cricket as a wager to levy more taxes.

The ride has a twist for guests of the park with Aamir playing two different characters.

The actor added: "The ride is about giving people an exciting time, giving you a feeling of exhilaration, and it will take you back to the film. So, for people who have watched the movie, it will be a nostalgic experience. For everyone, we wanted it to be an exciting ride, it's very thrilling, it's bound to give you a rush."

Some of the distinct pieces used for the iconic character Bhuvan from the original film have been used for the Lagaan: Thrill of Victory ride.

Bollywood Parks Dubai, the world's first Bollywood-inspired theme park and a part of Dubai Parks and Resorts, will open on October 31.

Located at Bollywood Parks Dubai, within the Rustic Ravine zone, guests will get to join Bhuvan and his team in a game of cricket against the British Raj through a rollercoaster motion simulator based ride that will give visitors the best point of view of a moving cricket ball.