My role on the lines of Vijay Mallya in 'Khaidi No.150': Tarun

Actor Tarun Arora, who is making his Telugu debut with Chiranjeevi-starrer "Khaidi No.150", a remake of Tamil blockbuster "Kaththi", says his role in the film is on the lines of renegade Indian businessman Vijay Mallya. 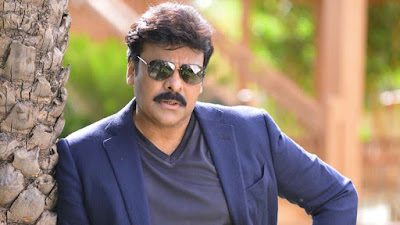 "I play a much mature and aged character vis-A-vis what Neil played in the original. The makers haven't changed my character per se, but our take on it will be different. Going by the brief given to me, it's on the lines of Vijay Mallya," Tarun told, adding that he plays a sophisticated villain.

"You'll only see me in suits throughout the film. Imagine Mallya in his prime and that's exactly how I'm going to be portrayed," he said.

Having already shot for a schedule, Tarun will rejoin the sets back on Wednesday, and he's looking forward to share screen space with Chiranjeevi.

"In the first schedule, we had a small combination scene but it wasn't enough to interact with him. Moreover, the rain played a spoilsport, forcing us to cancel one entire schedule. I haven't really got to know him yet, so I'm looking forward to resume shooting,a he said.

Being directed by V.V Vinayak and produced by Ram Charan, the film also stars Kajal Aggarwal in the lead.

Tarun believes he couldn't have asked for a better debut.

"I feel lucky and blessed to be working alongside Chiranjeevi sir. This is the best Telugu debut and I consider it a sort of an achievement," he said.

Asked about the working experience so far on the project, he said that it's been "excellent".

"Vinayak is very encouraging and so is the rest of the young team. Everything is being handled very professionally and that's a relief," he added.