Not planned to act in films: Tulsi Kumar

Singer Tulsi Kumar, who has sung a string of popular numbers like "Mere humsafar" and "Soch na sake", says she hasn't planned to try her hands into acting in films. 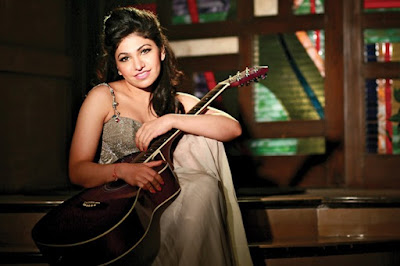 "Nowadays a lot of actors are trying their hands in the singing field and yes singers too have ventured into acting, as far as I am concerned I have not planned to act in films, but I have always said that I love featuring in my videos," Tulsi told in an email interview.

The 30-year-old singer says she likes "people associating with the voice they hear, with the face that they see".

So, I think it's a great idea to feature in my own music videos and in my own singles that I release," added the "Saiyaan Superstar" hitmaker.
Tulsi says featuring in covers is the defination of acting for her.

"I will also be doing a series for Youtube, where I will be shooting a lot of songs that I cover. I am going to make covers and shoot for them. So, I think that's going to be the definition of acting for me," she said.

As of now, Tulsi says it is "completely singing that I want to immerse my hands in."