'Pink' needs to be made tax-free: Ashoke Pandit

Filmmaker and social activist #AshokePandit says #AniruddhaRoyChowdhury's directorial "Pink" -- which questions the stereotypes attached to women -- is a "movement" that needs to be made tax-free at theatres. 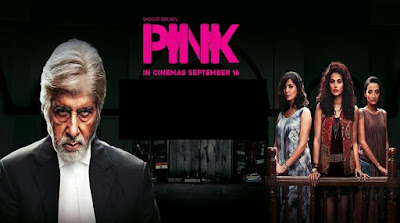 "No film has done what 'Pink' has done for the women of India. For this very reason, it needs to be tax-free," Pandit, who is also a member of the Central Board of Film Certification (CBFC), tweeted on Monday.

"'Pink' is not a film but a movement where men are made aware of their boundaries," he added.

The gritty courtroom drama has been lauded by multiple critics as well as members of the film fraternity for subtly but effectively bringing forth the importance of understanding the choices young women of today make and about respecting those.

The film features Big B as a lawyer, who fights a case of sexual assault involving three girls and a boy who belongs to an influential family. A strong message that the film gives out is that no matter how a woman dresses, what she does or what she thinks, when she says no to sexual advances, it is a definite no.