InstaMag
The poster of actress #PriyankaChopra's first Marathi production #Ventilator has been unveiled. 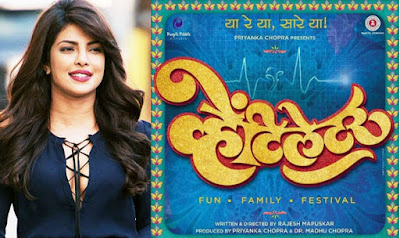 The actress, who has stepped into Production with her Purple Pebble Pictures production house, took to instagram to share the first poster with her fans and followers.

Priyanka, who will make a guest appearance in the film, captioned the image "The first poster of My first Marathi film! 'Ventilator' Purple Pebble Pictures congrats, Ganpati Bappa Morya."