Actor #RahulKhanna, who is hailed as a style icon in India, is set to host a TV show #TheMavericks which will explore the world of whisky and address the nuances of single malt scotch. 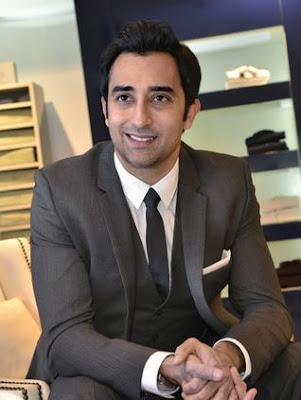 The NDTV Good Times's show will present Rahul as a host, for the first time on TV, spread into three episode mini-series.

On Wednesday, a preview of the show was given, promising to give insights into the art of whisky making.

"I went to Scotland as a whiskey novice, returned as a whisky (as it is spelt in Scotland) enthusiast. I had heard that there was a much deeper culture and tradition that went into the making of whisky... so it was educational. I really appreciated the art and craft that went into it," Rahul told here.

The actor will be hosting the show as he meets the master blender of Glenfiddich Single Malt, Brian Kinsman, at the very place of the whisky brand's origin in Dufftown, Scotland.

The three episodes will reflect the brand philosophy of William Grant and Sons, with a focus on Glenfiddich and their maverick approach to whisky making.
The idea behind the show is to familiarize Indian audiences with the fine nuances of single malt whisky.

"The series is about the story of the mavericks of Dufftown and William Grant and Sons that brought single malt to the world. It is set in the breathtaking landscape of Scotland and brought to life on the screen by the charming Rahul Khanna," said Arati Singh, Channel Head, NDTV Good Times.