#RoshmithaHarimurthy will be representing India at the #MissUniverse pageant this year after she was crowned as Yamaha Fascino Miss Diva 2016. 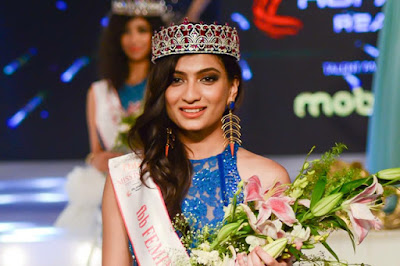 The winners were announced amidst a lot of drama and suspense by the judges panel that included former beauty queen and actress Lara Dutta, model turned actor Arjun Rampal, actor Abhay Deol, actress Aditi Rao Hydari and designer Gaurav Gupta.
The finale night was a visual treat which saw performances by stars Parineeti Chopra and Lauren Gottlieb. There was a comedy zing to the event with stand-up comedian and actor Vir Das cracking witty jokes.

The contestants who had been vying for the coveted title underwent rigorous training, workshops under the mentorship and guidance of actress Lara.

And small screen viewers got a chance to be part of this journey through a six-part reality tele-series which was aired on Colors Infinity.

There were a lot of celebrities including Dino Morea, Neha Dhupia, Shantanu and Nikhil, Sophie Choudry and Shibani Dandekar, who came on the episodes and along with Lara gave the girls individual advice and tips on their body language, ramp walk, and personality.

The finale episode was aired on Sunday on Colors Infinity.

Yamaha Fascino has partnered with the pageant as the title sponsor. And the brand will also cast one of the finalists to feature in a new Yamaha Fascino TV commercial.