British comedian #RussellBrand has admitted his call for revolution was a failure. 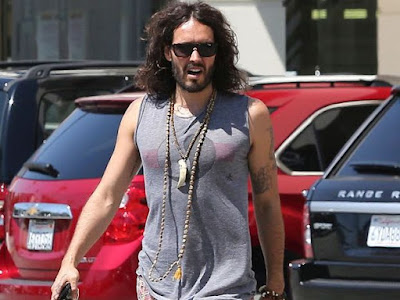 The controversial comedian urged Britons not to vote in the run-up to the General Election last year in the hope that it would help bring about radical social change. But the 41-year-old says his foray into politics was unsuccessful, reports femalefirst.co.uk.

He said: "I can't tell if it was spiritual enlightenment or mental illness."

The "Get Him to the Greek" actor also admitted to becoming caught up in the attention that surrounded him at the time.

Brand shared: "I can smile about it now but at the time it was terrible.

"I'd lost myself a little bit. Don't run on the ego energy Russell, you run into trouble."

At the height of the campaign, he befriended the then-Labour Party leader Ed Miliband, who he interviewed in his kitchen.

According to The Sun on Sunday newspaper, he said: "Do you remember when I broke the general election because Ed Miliband came around my f***ing house, do you remember that?

"I was thinking while he was in there, it's a bit weird that this is happening.

"I do genuinely feel quite benevolent about Ed Miliband but he does look a scientist who has tried to turn himself into a horse with a potion but then changed his mind half way through."

As it turned out, Brand's involvement did not help Miliband's campaign - and he admits to feeling slightly guilty for his part in Labour's failure.

The comedian said: "He was really lovely, really sweet.

"But I just felt for the fella a little bit and then the next day when it turned out the Conservatives were elected more than ever before, I thought 'oh f**k, I've broken England, s**t'."