SRK Fandom Awards to be hosted in Mumbai

The SRK Fandom Awards, initiated by the fan-universe of superstar #ShahRukhKhan, will be hosted this year as a proper on-ground event rather than as a social media phenomenon. 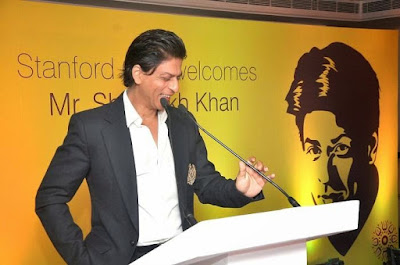 The development has happened for the fourth edition of the awards, to be held on October 31 here. It will be hosted at the Club Millennium in Juhu here and fans of the Bollywood 'Badshah', who has been regaling Hindi film audiences for over two decades, are likely to join in from around the globe.

"SRKUniverse has always followed the motto of uniting fans all over the world. So we have decided to conduct SRK Fandom Awards in Mumbai every year from now onwards," Muhammad Ashraf, Founder of fan club SRKUniverse and organiser of Fandom Awards, said in a statement.

"The idea of having SRK Fandom Awards is to make the fans happy, to spread joy in the fandom, to proliferate the spirit of ‘SRK-ism,' to make everyone forget their differences and bring them closer, and to celebrate the notion of being fans," Ashraf added.

The nomination entry period will begin on September 25 and end on October 20.