Actor #JimBeaver, popular for playing demon hunter Bobby Singer in the American fantasy horror "Supernatural", is set to attend Alto Mumbai Comic Con 2016 here in October. He is excited about his maiden visit to the country. 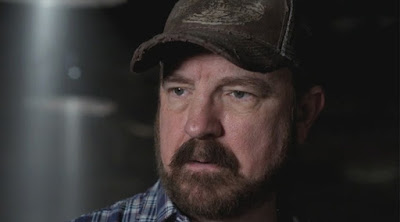 The convention will take place at Bombay Exhibition Centre on October 22-23. Beaver will be present on both days of the event, meeting with fans and will be part of special fan interaction sessions on the main stage too.

Jatin Varma, founder, Comic Con India, said in a statement: "'Supernatural' is one of the most popular international shows in India. Over the years, we have received thousands of requests from fans across the country to bring down cast members from show so, I am extremely excited and honoured to host Jim Beaver at the upcoming Mumbai Comic Con."

On attending the event, Beaver said: "I've been around the world once and explored almost every corner of it on other trips, but I've never been to India, and I'm very excited to visit Mumbai and meet the fans. India has a remarkable history and culture, and it will be wonderful to learn more about both during my visit to Mumbai Comic Con."

Other international guests, who will be attending the Alto Mumbai Comic Con 2016, are comic book artists Cameron Stewart, Edwin Huang and Dan Goldman.

Comic Con India is dedicated to creating unique events and giving the fans, exhibitors and partners a platform to celebrate their undying love and passion for comics and pop culture. It also aims at expanding India's popular culture by creating high profile events that cater to fans of not only comics, but also, gaming, movies, television, merchandise, toys and more.

Comic Con India is part of the Reedpop family of events, which is dedicated to producing celebrations of popular culture around the world with events like New York Comic Con, Oz Comic Con, Shanghai Comic Con, Paris Comic Con, Star Wars Celebration among many others.