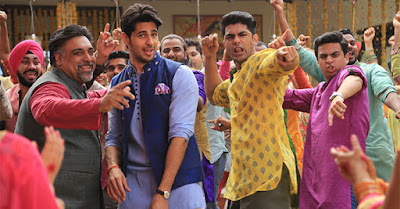 The actor who was present in the Arab country was supposed to attend a promotional event where his fans were eagerly waiting to get one glance of the hunk. According to the sources, during one of his workout regimes he injured his right hand severely in the morning.

Everyone including the organizers thought he would bail out on the event as he was badly injured, but being a man of his words he is, was not only present at the event but also won everyone's hearts.
When asked by the media regarding the same, he said, "I couldn't hamper with my professional commitments. These people were present there to support me, I just didn't have the heart to disappoint them. I was on some heavy painkillers and there I was for all my fans and well wishers."
His injury didn't stop him from shaking a leg on the track 'Naachde Ne Saare' from the movie's playlist. He stood by all his commitments and selected one lucky audience member as a part of the promotional contest and accompanied the fan to dinner.

He added, "It would have been very easy for me to just skip the event out and rest on my bed, but that just isn't who I am. Whatever I am today is all because of my fans and this was my chance to give them all the love I have for them."