Actress #CharmianCarr, who essayed the role of Liesl in "The Sound of Music" alongside veteran actors #JulieAndrews and #ChristopherPlummer, has died. She was 73. 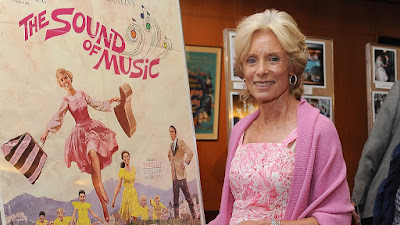 She died of complications from a rare form of dementia on September 17, said a posting on her official website, reports hollywoodreporter.com.

The manager of her website Steve Hughes posted: "My name is Steve Hughes, and my company has been managing Charmian Carr's website for many, many years. Me and my family are so sad to have to post this message and will miss her dearly.

"We had the gracious opportunity to stay at Charmian Carr's house several times while we worked on different projects for her. And we traveled to New York with her on another occasion. She was such a nice and cheerful person. We always loved, 'The Sound of Music', and still do."

"Carr was best known for her role as the eldest Von Trapp daughter, Liesl, in the Academy Award-winning movie 'The Sound of Music' (released in 1965). Carr was 21 at the time the movie was filmed, and is famous for singing the beloved song 'I am sixteen going on seventeen'," Hughes posted.

Hughes also shared details about the life of the late star, who became an interior designer after leaving the film industry to raise her two children.

"Carr was born in Chicago, Illinois in 1942. Her family moved to the San Fernando Valley when she was 13. She is the daughter of Rita Oehmen, a vaudeville actress, and Brian Farnon, a musician and orchestra leader.

"Carr was best known for acting, but much of her life revolved around her family and her interior design business. After acting in 'The Sound of Music', she married and then decided to leave the movie business and raise her two children, Jennifer and Emily," Hughes wrote on the website.

The manager also shared that the late King of Pop, Michael Jackson was her client and that the duo shared a special friendship.

"Carr co-wrote two books. In 2000, she released 'Forever Liesl' which details her experiences making the movie and living her life as Liesl. In 2001, she released her second book, 'Letters to Liesl' which was inspired by the mail she'd received from thousands of her fans."

She was also a part of the book "The Sound of Music Family Scrapbook" which contains personal photographs, home movies, and memorabilia from all of the actors who played the children in film.

The actress is survived by her sisters and brothers - Sharon, Darleen, Michael and Brian; her children - Jennifer and Emily, niece Julie, and her four grandchildren - Emma, Derek, William and Tucker.