There was a lot of pressure while making 'Tum Bin 2': Director

Anubhav Sinha, who made his directorial debut in 2001 with sleeper hit "Tum Bin", says there was a lot of pressure while making "Tum Bin 2" since he didnt want to play with the legacy of the original movie. 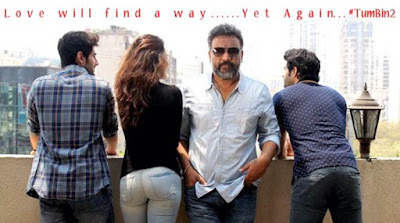 "Tum Bin" - starring Priyanshu Chatterjee, Himanshu Malik, Raqesh Vashisth and Sandali Sinha - narrated a love story about how a tragedy changes everything, and brings two people close. Along with the story line, the 2001 film was applauded for its melodious songs like "Koi fariyaad".

"You make films that run and that don't run and that happens with every filmmaker. We ended up making a film that lives this long. When I made 'Tum Bin', since it was my first film, I was very happy with the response that I got," Sinha told over phone from Mumbai.
"But over the years, I started realising that the film is still breathing. To tell you the truth - which may sound pompous or unreal -- is that, for the past some years, I have not lived a single day when I didn't get at least one compliment in a day for the film.

"That is kind of scary and puts a lot of pressure on you that you want to do 'Tum Bin 2', but you don't want to offend people who have the film very close to their hearts," he added.

Shot in the aesthetic landscape of Scotland, "Tum Bin 2" reunites Bhushan Kumar of T-Series music label, and writer-director Sinha after a gap of 15 years. Sinha has also co-produced the film along with Kumar.

Sinha said "Tum Bin 2" is fresh film with some semblance to the first film of the franchise.

He said: "I have made a new film, but when you walk out of the theatre, then you will have a feeling that you have seen 'Tum Bin' again. I did not think about the continuity in the aesthetic, but it had to be an ironic love story - that is something that I have retained."