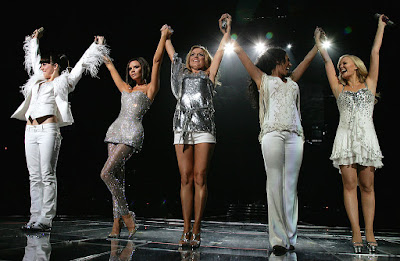 The 42-year-old decided to join Victoria Beckham in refusing to take part in a reunion of the famous girl band with Mel B, Geri Horner and Emma Bunton and has shared that not everyone took the decision well, reports femalefirst.co.uk.

"It's a bit awkward at the moment to be honest. It's going to be, isn't it? But I do know we'll get past it. We've all been through so much together, and we're these five girls who did this incredible thing and that will unite us forever," Event magazine quoted Mel C as saying.

"My nightmare is that people think I'm turning down the Spice Girls because I think my own album is going to be bigger. I don't. I know it won't be," she added.