Timberlake, Spears to avoid each other in London

Singer Justin Timberlake and his former star girlfriend Britney Spears are desperate to avoid each other "at all costs" here. 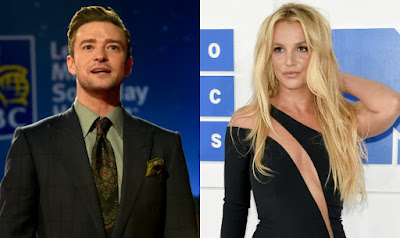 The duo, who split 14 years ago, are going to both be in Britain but are keen not to cross paths, reports mirror.co.uk.

Spears is heading to London for the Apple Music Festival on September 27, while Timberlake is due just a few days later to appear on "The Graham Norton Show" as well as the Capital Up Close with Coca-Cola show.

"Justin will be arriving when Britney is still in town and both their teams have been ordered to make sure they don't meet at all costs," an insider said.
"Hotels, itineraries and planned promotional commitments are currently being checked."

Spears recently admitted that she would like to collaborate with him.

When told that Spears had expressed an interest in a musical get together, he replied: "She did? Sure! Absolutely, absolutely."

The pair started dating in 1999 and quickly became a pop power couple. However, they split abruptly in March 2002 before he went on to date actress Cameron Diaz, and Spears went on to marry childhood friend Jason Alexander in a whirlwind Las Vegas wedding.

Now both in their 30s, Timberlake is married to actress Jessica Biel, and Spears is single after a string of relationships.