Victoria was drunk when she met David Beckham

Singer-turned-designer #VictoriaBeckham says she was drunk when she met husband #David and it was love at first sight. 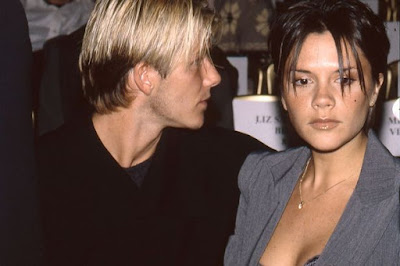 The #fashiondesigner has opened up about her first meeting with the former footballer in British Vogue's October issue, reports mirror.co.uk.

The former Spice Girl was introduced to the football legend at the height of the band's fame in 1997 -- when she attended a charity football match with her former bandmate Mel C.

In an open letter to Vogue, addressed to her younger self, she says: "Learn more about football, especially the offside rule. And, yes, love at first sight does exist. It will happen to you in the Manchester United players' lounge -- although you will get a little drunk, so exact details are hazy."
The couple married in 1999 and have four children -- sons Brooklyn, 17, Romeo, 14, Cruz, 11, and five-year-old daughter Harper.

She added: "While the other football players stand at the bar drinking with their mates, you will see David standing aside with his family. (He's not even in the first team at this stage -- you are the famous one). And he has such a cute smile. You, too, are close to your family, and you will think how similar he feels to you. He's going to ask for your number. (He still has the London-to-Manchester plane ticket on which you wrote it.)"