Actor #Jackie_Shroff has been roped in to play one of the antagonists in filmmaker Ram Gopal Varma's "Sarkar 3", the third installment in the widely popular "Sarkar" franchise starring megastar #Amitabh_Bachchan. 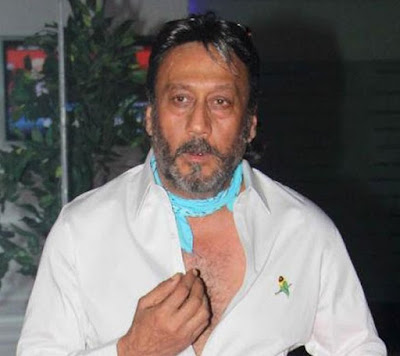 On Sunday, Varma revealed the entire cast of the film on his Twitter page.

"Jackie plays one of the main antagonists in 'Sarkar 3'. He plays a character referred to as Sir," Varma wrote.

He also confirmed that "Sarkar 3" will witness the return of Amitabh Bachchan as the dreaded don, Subhash Nagre, but added that both Abhishek Bachchan and Aishwarya Rai Bachchan, who were part of "Sarkar Raj", won't feature in the third part.
He also revealed that actors Manoj Bajpayee, Yami Gautham, Amit Sadh, Ronit Roy, Rohini Hattangadi and Bharat Dabholkar are part of the film.

Interestingly, Rohini will be seen as one of the antagonists too.

Varma revealed that Manoj Bajpayee's character will be based on, "a very cranky and slightly violent version of (Arvind) Kejriwal".