Ban on Indian films in Pakistan may boost piracy

The ban on #Indian_films by owners of #Pakistani_cinemas in response to the Indian ban on #Pakistani_actors can only boost piracy, industry insiders say. 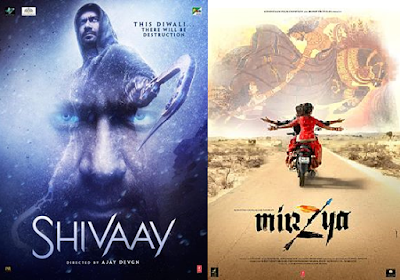 Last week, Pakistani cinemas declared an indefinite ban on the screening of Indian movies following the Indian Film Association's ban on Pakistani talent in Bollywood, the Dawn reported on Wednesday.

But the ban decision was taken to "show solidarity with our army and our Pakistani actors", he was quoted as saying.
Pakistan is the third largest market for Indian films, he added.

According to him, the lifespan of any Pakistani film was one week while a blockbuster would last two weeks.

Fifteen Pakistani films were released last year. This year, six films have been released, of which three flopped.

Like many, Gultasab hopes the ban on Indian movies is lifted soon, the Dawn reported.

"Pakistan and India are neighbours, and they will be, they are not going away anywhere. If they cannot be friends, they need to learn to co-exist," the Dawn quoted him as saying.

Nadeem Mandviwalla, owner of Atrium Cinema in Karachi and Centaurus cinema, said the ban on Indian films will in the long run hurt legitimate business. "The winner is the pirate."

Bollywood flicks "Pink", "Baar Baar Dekho" and "Mohenjo Daro" were playing at Cinepax before they were removed. And "Mirzya" and "Shivaay" won't be released.