Bollywood singers and musicians have mourned the death of the Indian film industry's "unsung hero" #Kersi_Lord, who was not just a popular multi-instrumentalist, but also one of R.D. Burman's closest associates who contributed in evergreen tracks like "Dum maaro dum" and "Chura liya hai tumne". 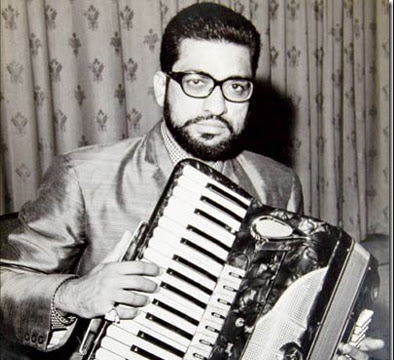 Kersi, son of percussionist Cawas Lord, could handle the bongo, piano, drums, and the accordion. His work in the song "Roop Tera Mastana" is one that stands out. He was bestowed the Dadasaheb Phalke Award in 2010.

Music composer Vishal Dadlani mourned his death, and tweeted: "What a loss! He was a genuine pioneer, and responsible for so much of the film music we all grew up to! Unsung hero Kersi Lord. RIP."

Musician Salim Merchant said: "We've lost one of finest musicians of our Indian film industry Mr. Kersi Lord Ji. He was and will always be an inspiration. RIP Kersi baba."
Veteran actor Rishi Kapoor thanked Kersi and his family for their contribution to the world of music.

"Adios Kersi Lord! You and Pancham regaled us with your innovative synthesizer in many films. Earlier your dad, Cawasji on bongos. Thanks!"

Singer Sonu Nigam tweeted: "Respected Kersi Lord, one of the greatest musician and arranger of this world, breathed his last. Prayers for you Sir. Say Hi to my Mother."

Ehsaan Noorani of the Shankar-Ehsaan-Loy composer trio also paid his tributes. "RIP KersiLord you were an inspiration to lots of musicians in India."