Megastar #Amitabh_Bachchan, who is married to actress #Jaya_Bachchan, says it is overwhelming to see "the devotion and care" with which wives observe the #Karva_Chauth fast. But he also feels guilty to see them fast the entire day. 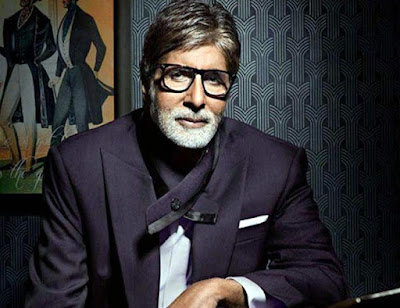 On Karva Chauth, Hindu women mostly in north India, observe a day-long fast with no food or water for their husband's long life. They eat only after praying to the moon.

The 74-year-old actor took to his blog to talk about the rituals attached to Karva Chauth, which falls on October 19 this year.

He posted: "On the occasion of ‘karaka chaturthi' or that which is more commonly known as ‘karva chauth', my greetings to all...wives in particular, who shall fast the entire day until they see the moon at night, all for the welfare of their husbands. Some traditions never die."
The duo has worked together in movies like "Abhimaan", "Chupke Chupke", "Sholay" and "Zanjeer". They had a small wedding affair in 1973 with only close friends and family members in attendance.

The "Piku" star also shared that "it is a joy to see the devotion and care they take over this festive moment, one that has prevailed mostly in the northern parts of the country, and how they revere each and every ritual, done with the exactitude of immense finesse".

"There is always that feeling of guilt that we men, husbands go through," he added.

Abhishek, a Bollywood actor, is married to beauty queen-turned-actress Aishwarya Rai. They have a daughter named Aaradhya.