On the occasion of Mahatma Gandhi's birth anniversary, popular TV actors like #Gaurav_Khanna and #Tejaswi_Prakash paid homage to him, saying that the philosophy of truth and non-violence that he followed is still relevant today. 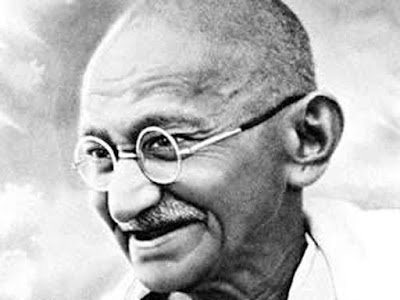 Gandhi's birth anniversary, on October 2, is celebrated as International Day of Non-Violence all over the world.

Here's what TV celebs have to say about Gandhi:

Gaurav Khanna: Self-restraint is the best show of power. So, I feel Mahatma Gandhi's philosophy is very much relevant in today's times.

Shamin Mannan: Gandhiji's philosophy is relevant in today's world to a considerable extent. His ideals were quite liberal such as non-violence and tolerance. Today, all one needs for a better world is to eradicate violence and accept tolerance in the society. These philosophies must be best practiced now, considering the ongoing tragedies happening in the world.
Anuj Sachdeva: Gandhi ji famously said, ‘You must be the change you wish to see in this world'. And this sentence holds true more than ever. The surgical strikes done by the Indian Army tell us that terrorism of any kind needs to be banished and it is important that we did these strikes. The army is bringing peace in our nation and it is being the change we wish to see today.

Parineeta Borthakur: I feel Mahatma Gandhi's philosophy is still relevant on a personal level. I totally believe in 'ahimsa', and I feel we should never deal with anyone according to how they behave with us, but the way we are, or else there won't be any difference between the two.

Kunal Jaisingh: It's not that relevant in today's time as it was conveyed back then, but we must absorb the essence of his wisdom and apply it in today's changing times.

Deepak Wadhwa: Gandhi ji's philosophy will always be relevant in the times to come. All the conflicts of the world can be solved using his philosophy and not by war or terrorism. Even today, non-violence is the key to peace around the world.

Tejaswi Prakash: Gandhiji was India's pride. What he thought was for the betterment of the society. The philosophy will always remain relevant forever.