High cholesterol can cause bone loss

High #cholesterol, which is a known factor for the decrease in heart health may harm more than our #cardiovascular_systems and lead to bone loss, say researchers including one of Indian-origin. 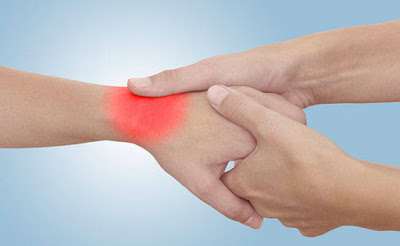 This may ultimately lead to the development of osteoarthritis -- a type of arthritis that occurs when flexible tissue at the ends of bones wears down, said Indira Prasadam, a researcher at Queensland University of Technology in Brisbane, Australia.
For the study, Prasadam and her team used two different animal models to mimic human hypercholesterolemia.

The first was a mouse model that had an altered gene called Apolipoprotein E that made the animals hypercholesteremic.

The other was a rat model, and the animals were fed a high-cholesterol diet, causing diet-induced hypercholesterolemia.

Both models were fed a high-cholesterol diet or control normal diet, after which they underwent a surgery that mimics knee injuries in people and was designed to bring on osteoarthritis.

Both the mice and the rats that were subjected to surgery and fed with high-cholesterol diets showed more severe osteoarthritis development than seen in the normal diet group.

However, when both the mice and the rats were exposed to the cholesterol-lowering drug atorvastatin and mitochondrion-targeted antioxidants, the development of osteoarthritis was markedly decreased in relation to the untreated groups.

"Our team has already begun working alongside dieticians to try to educate the public about healthy eating and how to keep cholesterol levels at a manageable level that won't damage joints," Prasadam said.

The research was published online in The FASEB Journal.