Bollywood actor #Irrfan_Khan on Tuesday refused to comment on the ongoing debate on whether #Pakistani_artistes should be banned from working in the #Mumbai_film_industry. 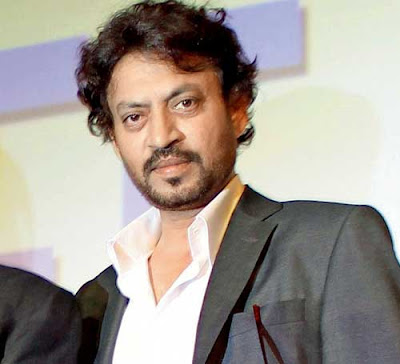 Irrfan will soon be seen sharing screen space with Hollywood actor Tom Hanks in Sony Pictures Entertainment's film 'Inferno'. The film, helmed by Ron Howard, is releasing in India on October 14 -- two weeks before it opens in the US.

The actor, who was in the national capital for the trailer launch of the film, refrained from wading into the debate by saying that he has come for film promotion only and will address the issue separately.

"This is not the platform to discuss the issue. I will give another interview to express my views on the matter but not here," Irrfan said.
Asked about the ongoing controversy over exchange of talent between the two countries, Vivek Krishnani, Managing Director, Sony Pictures Entertainment, India, jumped to the actor's defence.

He interrupted a reporter to say: "This press meet has been called for 'Inferno'. It is an important question, but this is not the right time or platform to address the issue."

Amidst the ongoing clamour over the cross-border tension between India and Pakistan spilling into the entertainment world, some Indian outfits have imposed a ban on Pakistanis from India's showbiz world and a few Pakistani theatres have pulled down Indian movies from their screens.

Celebrities across the board and borders have commented on the spillover, with some talking in support of the steps, some opposing it and some just keeping mum.

The calls for ban on Pakistani talent in India created quite a stir after Maharashtra Navnirman Sena (MNS) issued an "ultimatum" to all Pakistani artistes to quit India within 48 hours or face trouble.

Earlier this year, Irrfan courted controversy with his comments on Ramzan and Muharram, and had even addressed the issue on his Twitter page. He had posted: "Clerics don't scare me. Thank God, I don't live in a country governed by religious contractors."