Singer #Kerry_Katona has spoken about her relationship with husband #George_Kay and is hoping they can make a "fresh start". 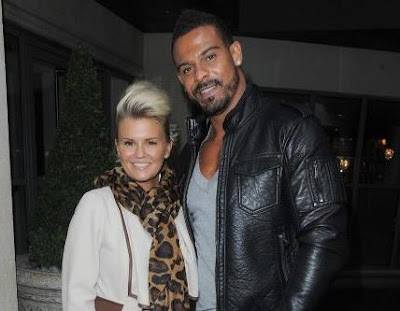 Despite everything in the past, Katona is feeling "giddy" about their future together, reports femalefirst.co.uk.

"He's not a monster, he's one of the nicest men you can meet. He's sweet, he's funny, but we've both got fiery tempers. I know people will say I'm a mug, but is giving my marriage another go a crime? We want a fresh start in our marriage, and I'm giddy about that now," Katona told OK! magazine.

The 35-year-old feels like they have been given a second shot at their relationship and says as long as she and her children are "happy" that is all she cares about.
"I missed him so much, and now I feel like this is a whole new romance again. All that matters is that George and I and the kids are happy. Everything else is background noise," she said.

Katona also spoke for the first time about Kay's charges of assault and possession of a banned weapon, which have since been dropped and she has denied speculation that he was banned from the family home.

"There was never a restraining order, that was reported incorrectly. He was allowed to come and pick up DJ when he wanted. I've never felt threatened. I've been no angel in this either. I can get angry and mad too," she said.