'Life Flows On': A film dedicated to dementia, elderly care

"Life Flows On", a film dedicated to Global Dementia Challenge and Elderly Care, will release in select cities on Friday. 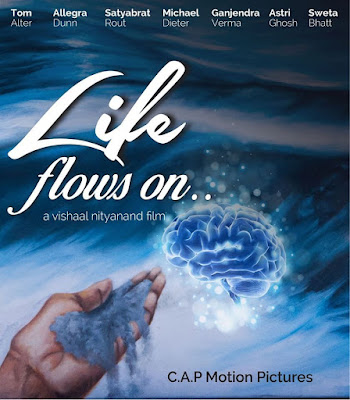 The film, 80 per cent of which has been shot in Uttarakhand, deals with lives of three dementia patients. It is being released in association with Carnival Cinemas. It has an Anglo-Indian cultural connection and how an Indian family system indicate towards some positive response, in dealing with the problem.

"Life Flows On" had its world premiere on World Elderly Day on October 1 at the seventh Jagran Film Festival in Mumbai.

Talking about the movie, Nityanand said: "I got involved with the issue three years back when I came across some real stories from different parts of India, of senior citizens suffering from Alzheimer's, shunned by their families.
"It's not that all families do the same, but our system is so insensitive towards such serious health challenges of elderly, especially in rural India. We have not only largest youth population but the most rapidly growing elderly population... When we will think of concrete policy and infrastructure for healthy aging?"

"At the same time when we see Dementia Challenge in the global perspective especially in European, American countries where infrastructure support is in better condition, there also we see that we are losing some important threads
dealing with the issue and those missing threads we find in Indian roots and cultural values which are already decaying. Then how we are going to deal with this epidemic?

"As a creative person and filmmaker, I have decided to respond to these questions through this film," he added.

The background of "Life Flows On" is embedded around three dementia patients and how their stories get connected.