Actors #Parineeti_Chopra and #Sushant_Singh_Rajput have started working for their upcoming film "#Takadum", and they are excited about the new journey. 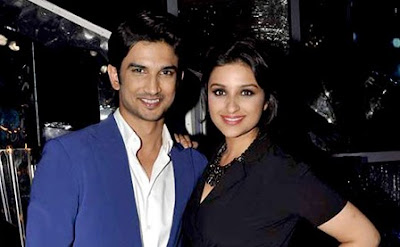 Parineeti on Monday shared a photograph of herself with Sushant reading the script for the film by Homi Adajania.

"It begins. So excited for this new journey! Readings with my man Sushant Singh Rajput, Homi Adajania...'Takadum'," Parineeti captioned the image.

The story about "Takadum" is still under wraps. This will be the second time that Sushant and Parineeti will be sharing screen space together. They had earlier worked in the 2013 film "Shuddh Desi Romance".
Parineeti will soon be seen sharing screen space with actor Ayushmann Khurrana in the upcoming film "Meri Pyaari Bindu" and Sushant will be paired with actress Kriti Sanon in "Raabta".