Actors #Richa_Chadha and #Vicky_Kaushal, who didn't have many scenes together in "#Masaan", are now shooting for a new video by comedy collective All India Bakchod (AIB). 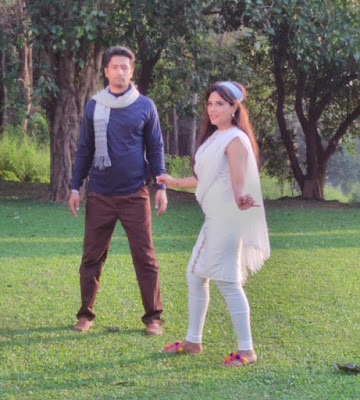 AIB keeps coming up with new content and parodies, and of what it seems from some photographs available from Richa and Vicky's shoot, they are likely to be doing something related to songs from the different eras of Bollywood.

Tanmay Bhat of AIB is directing the video, which will show the actors in a new avatar as they groove to some memorable tunes from over the years. There are in all six songs which have have been revived for the video and the costumes of those songs too were custom-made for Richa and Vicky, said a source in the know of developments.

"Richa and Vicky has rehearsed for this video extensively. Audience will get to see a whole new side to them. They are doing some amazing choreography, lip syncing to revived Bollywood numbers from the 1970s till now," the source added.

Talking about the project, Richa said in a statement: "I am excited to be working with AIB. Its fun to try something new which I haven't done before."

Vicky added: "It's almost like my dream come true, when Tanmay approached me for this. The costumes, dance... I have grown up seeing all of it and now being a part of it makes be really happy."