Singer #Rihanna was spotted rocking a large new hairdo as she made her way to a club here. 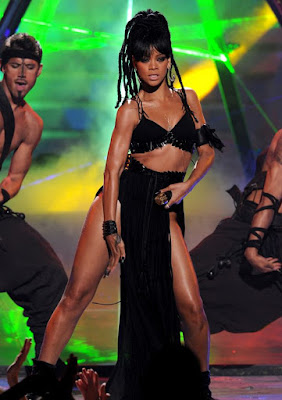 The 28-year-old's new dreadlocks were her crowning glory as she stepped out in New York and prepared to party at a nightclub here, reports mirror.co.uk.

She opted for a long vintage-look T-shirt bearing an image of her own face. She then removed her top to reveal her party attire - a red dress - underneath.

Her silk number flaunted her legs.

She completed her bold look with a splash of bright red lipstick, a fur stole and chunky gold jewellery.

It's not the first time the star has sported dreadlocks. She had debuted the look in 2012 when she appeared on "American Idol" - although this time they are far longer.
To stay updated, visit InstaMag or connect with us on Facebook, Twitter and Pinterest.