Actress #Soha_Ali_Khan says her mother and veteran actress #Sharmila_Tagore loved her de-glam look in the forthcoming film "#31st_October" -- based on the anti-Sikh riots in the aftermath of Prime Minister Indira Gandhi's assassination in 1984. 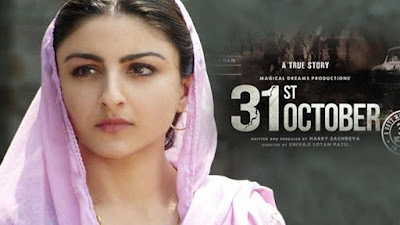 "My mother came to know about this film through a friend. She watched the trailer and loved my non-glamourous look in the film. She appreciated my appearance as a Sardarni and in the second half she said I am looking like a Bengali while disguising as a Hindu during the escape," Soha said at a film's press conference here.

The movie, which also stars Vir Das, is scheduled to be released on October 21.

A petition has again been filed in the Delhi High Court to stop the release of Hindi film, and Soha feels "those who have filed a PIL against the film, haven't seen the film yet".

"So, I don't understand why are they offended. However, we are happy that film is releasing on scheduled date. We are thankful that the film has been receiving much support, love and good will," she said.