If tweets can reveal something about our health, researchers have some bad news. In a list of top 10 tweeted foods in the US, they found only one item - chicken - that could be considered healthy food. 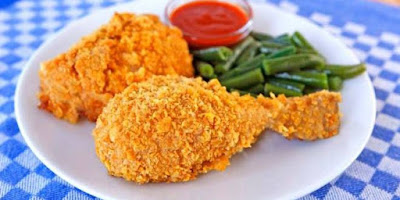 Coffee was the most tweeted food in the US between mid-2014 to mid-2015 followed by beer then pizza, the study revealed.

Chicken, the only food that can be considered healthy, came seventh in the list.

For the study, scientists at University of Utah surveyed nearly 80 million Twitter messages -- a random sample of one percent of publicly available, geotagged tweets -- over the course of one year.
They then sorted through about four million tweets about food to prepare a top 10 tweeted foods list.

"Our data could be telling us that certain neighbourhoods have fewer resources to support healthy diets," said lead author of the study Quynh Nguyen, Assistant Professor at University of Utah College of Health.

These types of comparisons could provide clues as to how our surrounding neighbourhood - the environment that we live, work, and play in -- impacts our health and well-being, suggests the study published online in the Journal of Medical Internet Research (JMIR) Public Health and Surveillance