Republican presidential nominee #Donald_Trump once again attacked "disgusting" former Miss Universe #Alicia_Machado in a series of early morning tweets, and urged his followers to "check out (her) sex tape and past". 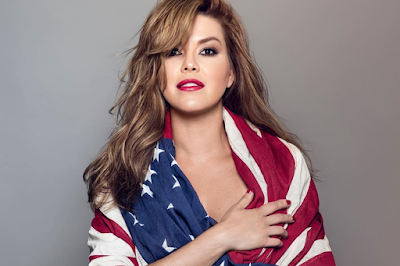 The New York billionaire also targeted Democrat Hillary Clinton, saying that she used the former Miss Universe in the October 9 debate to show her "BAD JUDGEMENT".

"Using Alicia Machado in the debate as a paragon of virtue just shows that Crooked Hillary suffers from BAD JUDGEMENT! Hillary was set up by a con," Trump tweeted early Friday morning.

As America slept, the wide awake Republican's tweets marked an escalation in his feud with Machado, a former beauty queen from Venezuela who said Trump insulted her over her weight and did not pay her what she was owed.
Trump said that Clinton helped Machado, who is now an outspoken Democrat supporter, obtain US citizenship so that she could use her in the debate.

In a further attack, Trump also said that Machado made a sex movie, urging his followers to go through her "sex tapes".

"Did Crooked Hillary help disgusting (check out sex tape and past) Alicia Machado become a US citizen so she could use her in the debate?" he tweeted.

The tweets, which were sent between 3 a.m. and 5.30 a.m. US time, are the latest in a series of negative statements Trump has made about Machado.

According to fact-checking site Snopes, Machado made an appearance on a reality show and was kicked out for allegedly having sex with another cast member, which was captured in dark, grainy video.

Clinton, hours after Trump lashed Machado, tweeted: "What kind of man stays up all night to smear a woman with lies and conspiracy theories?"

"Trumps 'finds it a lot easier to insult women than to talk to the president of Mexico about building a wall'," she said.

However, Clinton aide Jennifer Palmieri denied that the former Secretary of the State had any involvement in obtaining citizenship for Machado.

Trump's outburst against Machado has been at the centre of intense scrutiny ever since Clinton mentioned Machado during the presidential debate.

Clinton had raised Trump's treatment of Machado as an example of how the Republican presidential nominee views women. Clinton said Trump, the former owner of the Miss Universe pageants, had called Machado "Miss Piggy" and "Miss Housekeeping" because of her Latin American background.

In an interview on Tuesday night, CNN asked Machado about a story that Trump campaign surrogates were circulating about her driving the getaway car from a murder scene in 1998 and threatening to kill the judge after her boyfriend was indicted. Machado was never charged, in the incident, which was widely reported at the time.

Machado did not come up with a direct answer and said: "He can say whatever he wants to say."

"I don't care. You know, I have my past, of course everybody has a past. And I'm no saint girl. But that is not the point now. That moment in Venezuela was wrong, was another speculation about my life because I'm a really famous person in my country because I'm an actress there and in Mexico, too. He can use whatever he wants to use. The point is, that happened 20 years ago."