Filmmaker #Selvaraghavan, who saw the rushes of his brother Dhanush's upcoming Tamil directorial debut film #Power_Paandi, was blown away by the magic he has created with the film. 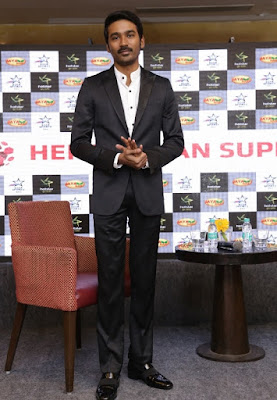 "Saw the rushes of 'Power Paandi' and blown away. So funny, magical and touchy. Proud of you Dhanush and Raj Kiran sir, you are simply superb," Selvaraghavan wrote on his Twitter page.

"Power Paandi", which shines the spotlight on the lives of a few stuntmen, features veteran actor Raj Kiran in the lead.

Prasanna and Chaya Singh will be seen in pivotal roles.

Dhanush also plays a cameo in the film, and will be seen briefly as the younger version of Raj Kiran.

Filmmaker Gautham Vasudev Menon has been roped into play a cameo as well.
Sean Roldan is composing the tunes, while R. Velraj is cranking the camera.