Why teenagers indulge in risk-taking behaviour

If you find your teenage son indulging in alcohol or drugs, do not just blame his peers. A specific imbalance in the functioning of his brain may put him at risk-taking behaviour risk, a study has found. 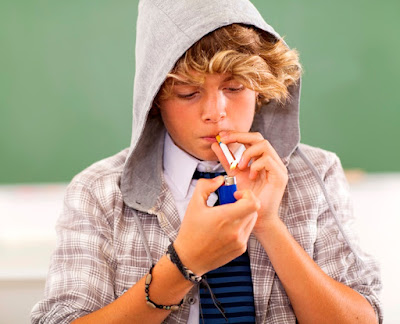 The study conducted on animals showed that the adolescent-specific behaviour may be driven by an imbalance in activity between the prefrontal cortex (PFC) -- an area of the brain involved in cognitive control and inhibition -- and the nucleus accumbens (NAC) which plays a central role in reward-seeking and addiction.

Researchers from Dartmouth College in New Hampshire in the US said that the low activity in PFC with concurrent high activity in NAC -- an imbalance which appears to exist only during adolescence -- is essentially at odds with each other.
This imbalance is behind the tendency that could lead to potentially dangerous behaviour, including drug use, harmful drinking, addiction, unsafe sex and risky driving, which may result in unintended injuries, violence and/or even premature death.

"Understanding how specific changes in brain function during development relate to behaviour is critically important for determining why some individuals engage in excessive risk-taking behaviour during adolescence," said David J Bucci, professor at Dartmouth College.

For the study, researchers used adult rats, which normally have balanced activity in these areas and used a novel approach to decrease the activity in PFC and simultaneously increase activity in NAC while the rats learned an inhibition task.

The rats that were treated with the new approach exhibited a dramatic delay in learning to inhibit and required twice the amount of training to learn the behaviour.

The delay in learning this inhibitory response matched the delay that the researchers observed in normal adolescent rats during an earlier study.

"Our hope is that these findings will inform new means to minimise the potential for engaging in drug use and other harmful behaviours during this important period of development," Bucci added in the paper published in the journal Current Biology.