Will be part of Ram Leela next year: Nawazuddin

Acclaimed actor #Nawazuddin_Siddiqui, who was reportedly asked by Shiv Sena volunteers to pull out of a Ram Leela show as he is a Muslim and due to an ongoing harassment case, hopes to be a part of the annual stage drama next year. 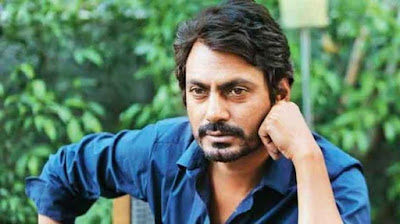 Nawazuddin, currently in his village Budhana in Uttar Pradesh, was very excited to perform at the Ram Leela, especially because it was being staged in his hometown. But he was asked to pull out of the Ram Leela programme there after members of Shiv Sena reportedly raised objections.

"My childhood dream could not come true but I will definitely be a part of Ram Leela next year. Check the rehearsals," Nawazuddin tweeted on Thursday night.
The "Badlapur" star also shared a video rehearsal of his role. He is seen in his costume for the role of Maarich, Raavan's maternal uncle.

Nawazuddin's sister-in-law recently accused him and his family of torturing her. He has denied the allegations.