Making #canola_oil part of your diet may help you burn extra abdominal fat in less than four weeks, finds a new study. 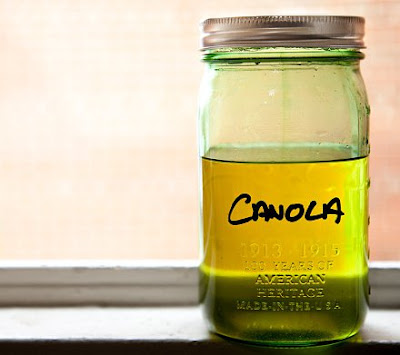 "Visceral, or abdominal, fat increases the risk for cardiovascular disease, and is also associated with increased risk for conditions such as metabolic syndrome and diabetes. Monounsaturated fats in canola oil decreases fat that has adverse health effects," said Penny M. Kris-Etherton, Professor at the Pennsylvania State University, US.

For the study, the researchers tested the effect of five different vegetable oil blended in 101 participants' diets through a controlled study.

The subjects were randomly assigned to follow for four weeks each of the treatment oil diets: conventional canola, high-oleic acid canola, high-oleic acid canola with DHA (a type of omega-3 fatty acid), corn/safflower and flax/safflower.
After each four-week diet period, participants were given a four-week break before starting the next diet period.

All of the participants had abdominal obesity, or increased waist circumference, and were either at risk for or had metabolic syndrome -- a group of conditions including obesity, type 2 diabetes, high blood pressure, high blood sugar, low HDL (also known as good cholesterol) and excess body fat around the waist.

The researchers found that after one month of adhering to diets that included canola oil, participants had 11 kgs, or a quarter pound, less belly fat than they did before the diet.

They also found that the weight lost from the mid-section did not redistribute elsewhere in the body.

In order to incorporate canola oil into the diet the researchers suggested using it when sauteing foods, in baking, adding it to a smoothie and in salad dressings.

The researchers presented their study at The Obesity Society's Annual Scientific Meeting.