Children from urban areas who engage in vigorous exercises both indoors and outdoors may be at a greater exposure to black carbon -- a traffic-related pollutant -- than children who are less active, researchers said. 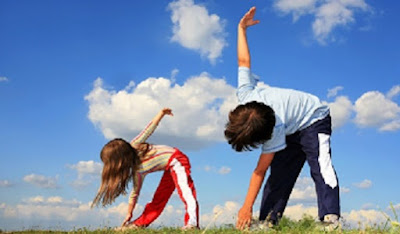 Black carbon -- a pollutant that is also an indicator of diesel exhaust exposure -- is known to have an adverse impact on health.

The study revealed that the children who exercised were exposed to 25 per cent greater concentration of black carbon compared to non-active children.

There are numerous health benefits associated with regular physical activity, including reduced airway inflammation compared to less active children, but, exposure to high levels of black carbon may lessen this effect, the researchers said.
Daily physical activity was associated with reduced airway inflammation, but that effect primarily occurred among the children who were exposed to lower concentrations of black carbon, said lead author Stephanie Lovinsky-Desir, Assistant Professor at the Columbia University Medical Center (CUMC) in New York City, US.

Exercise had no effect on airway inflammation among children exposed to the highest concentrations of black carbon, Lovinsky-Desir added.

For the study, the team included 129 children aged nine to 14 years. They wore wrist motion detectors to measure their physical activity over a period of six days.

The findings were published online in the journal Environmental Research.